What is the Blackjack Hall of Fame?

While there are a wide variety of well-known sports commemoration sites, many people are not aware that the card gaming industry has a special hall to celebrate its greats as well. In fact, the Blackjack Hall of Fame is the only shrine in the gaming industry that pays tribute to some of the most skilled and successful blackjack professionals of all time. 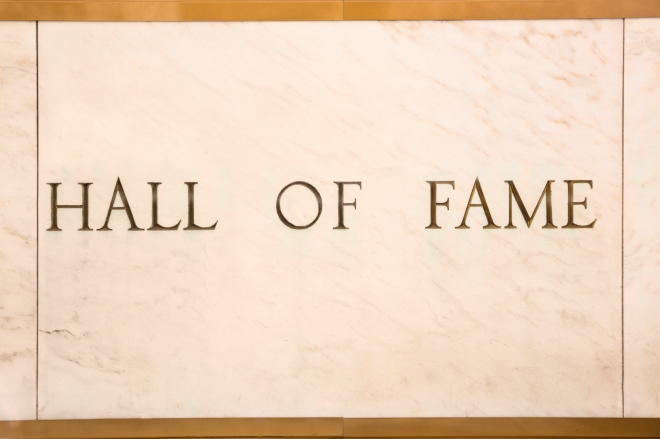 In addition to the newly created museum, the casino agreed to hang photos of the members of the future Blackjack Hall of Fame, promising free rooms, food and drinks to all inductees. The catch however, was that while hall-of-famers were welcome to stay at the Barona Casino free of charge, they were asked to never play on any of the casino tables during their visit.

Once the museum had been established and the stipulations were agreed upon, 21 of the most notable blackjack players, authors, and experts in the industry were nominated for induction. Of those, the public voted 7 to the top, establishing the inaugural Hall of Fame Class of 2002. Beginning in 2006, each year one new member is inducted into the hall at the discretion of the current hall-of-famers.

Are you one of the next blackjack greats? Book a blackjack table for your next gathering and try your luck with Casinos by M&M! We offer a wide assortment slot machines and casinos games that come equipped with professional, friendly dealers.

The History of Playing Cards 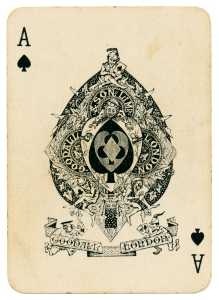 laying cards are a staple in the gaming world across the board. From gambling in casinos, to a night shuffling the deck with family and friends, cards are an international icon of fun! If you’re interested in learning how this simple, yet genius bit of pocket-sized entertainment was created, read on:

The origins of playing cards.
Though the French are credited with bringing playing cards to the forefront of entertainment and game play, the earliest known deck of cards actually originated in in Central Asia during the 10th century. Chinese gamers translated the already famous dominoes into paper form, and began shuffling and dealing them to create new and exciting games. By 1370, four suited decks with court cards had been created, and were discovered and imported by the Europeans.

Playing cards become affordable.
Early decks were handpainted, making their price point extremely high – a luxury that only the wealthy, upper class could afford. However, the 14th century brought the invention of woodcuts, a system where images and lettering could be carved into a block of wood that was then used over and over like a modern day stamp. This sped up the production process and brought the purchase point down considerably, allowing middle class folks to get a taste of the action.

The French take on playing cards.
The original decks designed by the French most closely parallel our modern day cards. France was the first to adopt the 4-suit deck of spades, clubs, diamonds and hearts that we’re all familiar with. They simplified the card designs in order to streamline mass-production, which was booming and exporting to England and the Americas in no time.

Americans produced their own playing cards.
Working off of the initial design and style that the French so fittingly laid out, Americans began reconfiguring playing cards and making them their own. Advancements like doubled-headed court cards, glazed protective surfaces and rounded corners were quickly introduced and adopted. In 1870 the joker card was born as a direct influence of the game “Euchre.”

At Casinos by M&M we pay homage to playing cards by using only the finest, regulation casino playing card decks. In fact, all of our casino party supplies – from chips and dice, to gaming tables – are 100% authentic!

To learn about the casino games and party planning support we can provide, call 1-800-HAVE-A-BLAST, and don’t forget to check us out on Facebook, Google+ and Twitter.

Casinos are a staple of good old-fashioned fun worldwide. Why? Because not only can you press your luck and double your money, but there are ample opportunities and tons of great games to help you do so! With so many game choices, there’s something for everyone – regardless of skill level, experience or personal preference. Here’s a list of the top 5 casino games that people love to play: 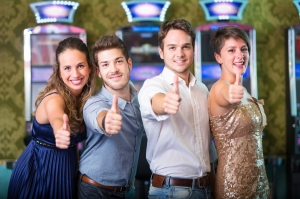 1. Blackjack – This classic casino game is often one of the first table games that beginners learn. It’s straight-forward rules and quick game-play make blackjack a much sought-after staple element for casinos and casino parties alike. Plus, its the only game in the casino where the player has better odds than the house!

2. Craps – It is said that this high-intensity casino favorite was originally invented over 1000 years ago in Arabia, making its first appearance in the United States in New Orleans. If you stand around any craps table, you’re bound to be sucked in by the contagious thrill of this dice-driven game.

3. Roulette – The best part of this game is that it’s completely up to chance, which makes it perfect for players of all experience-levels. Place your bet on your favorite number, your birthday, the last two digits of your license plate – whatever you choose – and let your fate be decided by the spin of a wheel!

4. Baccarat – This game is noted for having high payouts for winners, which makes it a great choice for the high-rollers in your family and out of your friends. The freedom to bet on multiple different aspects of gameplay make this one an obvious addition to the top 5!

5. Three-Card Poker – What’s a casino without a few poker tables? Of the many poker variations, 3-card is a classic and is one of the most popular. This is due in part to its simple structure and high probability of a good return on your chip investment!

At Casinos by M&M, we offer all of these game options and more! Our authentic tables are in pristine condition, and our friendly dealers are sure to be a hit. To learn more about booking our casino games for your next party or fundraiser, click here or call 1-800-HAVE-A-BLAST.

A History of U.S. Casinos

In 1931, the state of Nevada legalized casino gaming. Since then, the industry has evolved — and it continues to change to this day. Below, we present an abbreviated history of U.S. casinos:

Not too long after casino gambling was made legal in Nevada, mobster Bugsy Siegel opened The Flamingo in Las Vegas. Throughout the 1950s, investigations into the influence of criminals on the casino industry were commonplace. In1958, the Stardust Hotel created the idea of a state spectacular, which would become common on the Las Vegas Strip. 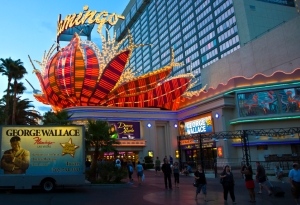 In the 1960s, Nevada passed legislation regarding tax issues and gambling regulations. This helped iron out issues with legalizing gaming, and made sure that legitimate business people could take advantage of the investment opportunity.

It wasn’t until 1976 that casino gaming was made legal outside of Nevada. That’s 45 years later! By 1978, the first Atlantic City, New Jersey casino opened. After South Dakota and Iowa legalized gambling in 1989, gaming expanded to the following areas:

The history of U.S. Casinos is long and rich. Today, gaming is more popular than ever before! We at Casinos by M&M can bring real Las Vegas casino action to the venue of your choice for parties, corporate events and even fundraisers.

To learn more, dial 1-800-HAVE-A-BLAST today! Don’t forget to connect with us on Facebook, Google+and Twitter for more tips.